HOLLYWOOD, CA, MARCH,2021 – The COVID-19 pandemic has created a new culture and climate in our world and in the way we live today. The pandemic has hit the entertainment industry in a massive way. Over 800,000 jobs in Hollywood were either lost or placed on hold. Film productions, television tapings, live recordings, post production facilities have been shut down here in Hollywood. College students pursing the dream has experienced a temporary hold on their learning. The “Hollywood Dream” will not be put on hold during this crisis.  Multi-Award Winning, Veteran Producer Bro. Steve Harris and a few friends have now opened the door of opportunity for 250 serious persons seeking a career in the  entertainment industry. Introducing “Inside Hollywood”, a Stay At Home digital conference and training system online; (www.InsideHollywoodTV). They will learn script writing, producing, directing, voice overs, auditioning, acting, modeling, and most of all how to break in and survive in the entertainment industry.

Students, interns, future producers, actors and talented person can take this time to experience a “Stay At Home” Entertainment industry conference and training system up close and personal. Participating producers include Oscar Award Winner Barry Marrow writer of Rain Man, Gary Goldstein, producer of Pretty Woman, Elvin Ross, music producer for Tyler Perry, Legendary Producer/Director Mr. Bill Duke, Grammy award winning producers, artist, film and television executives from the major networks and studios. They will learn the tips and secrets to survive and create success in the entertainment industry from the legends and veterans who impacted the industry and changed the game. Rather you live in California or North Dakota, you can gain access into the  industry at your fingertips from the comfort of your own home, desktop or mobile device 24 hours a day.

“There is too much talent across America that needs to be discovered but they don’t have the contacts or resources to be seen or heard. Now is the time while we are all at home to focus on developing our future, sharpening our skills and perfecting our craft. “Everyone will have the opportunity to have lifetime membership and enjoy unlimited updates as new content is being added.

As a special bonus, EVERYONE who joins the system will receive  a vacation getaway certificate to Hawaii, Las Vegas, or a choice of 25 amazing vacation destinations. Along with the Inside Hollywood online training system, others will have the opportunity to become a part of our sister course. ”Understanding The Music Business”, a Stay At Home music conference online training system. (www.TheMusicBizOnline.com).

Dr. Steven Harris, known at “Bro. Steve” Harris celebrates over 35 years in the entertainment industry in Hollywood. His work has been seen on ABC, NBC, CBS, FOX, Disney and various network television and cable outlets. He is inducted in the Broadcaster’s Hall of Fame, 2 time Announcer of the Year Award, over 7, 562 multi-media, television, & film projects, countless awards, proclamations and so much more. Steve’s passion is his charity work and having the ability to help and give back to others.

For media inquires and interview request with Bro. Steve Harris, email your request to Leslie York at Steve@BroSteveUniversity.com or call 1-888-998-4677. 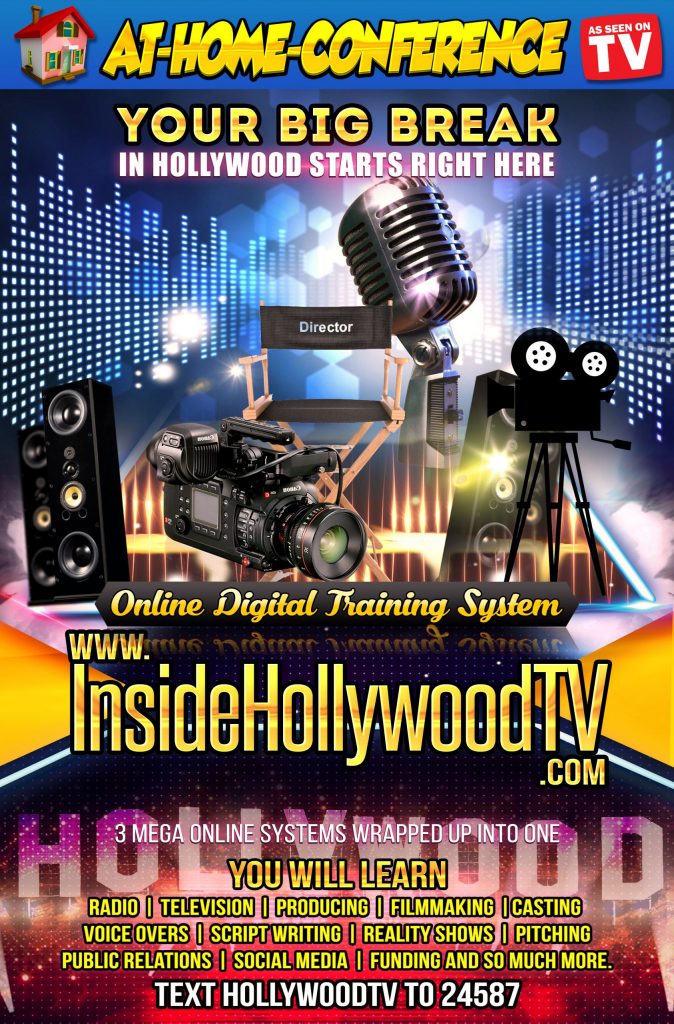